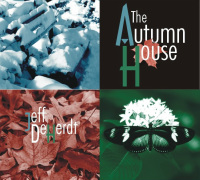 Some people say it’s an unhealthy obsession
That I’ll win the trophy for the dunce of the year
But, I’m just hoping for an honorable mention
‘Cause, I see the blows coming but I just can’t get clear I was….

Knocked Out, Tripped Up, Smacked down
Smitten by the charms of a good friend’s friend
Left hook, right jab, ropes bound
Smitten and its too bad this has to end

Well, I must say she has the form of a champion
Smart and strong and unbelievably young
Drinks an amaretto sour all the way to the bottom
Ties the stem of the cherry in a knot with her tongue I was….

I’ve been training to resist all temptation
I’ve spent time shadow boxing my will
But, it seems my common sense is all on vacation
and my head feels like its been drowned in a still.

Now, I can shake off any surface attraction
But, she’s got some kind of hold over me
I’m just trying to avoid a distraction
that leaves me punch drunk out in the street

She says she’s had more than her fair share of attention
with bar room stalkers that don’t realize
she knows martial arts but, that’s no point of contention
what I really want to know is can she use them on me…